GIVE GIVE
« our work Bringing people to faith in Christ and strengthening Christians in their faith.

THE PREFERRED WAY FOR MANY

In the Middle East and around the world, the way people watch media is changing. Smartphone and mobile device viewing through apps and social media have become the preferred way for many, especially a new and growing younger audience. SAT-7 has kept pace with the changes by offering online streaming and, in 2021, launching a video-on-demand service called SAT-7 PLUS. With SAT-7 PLUS, people can watch the Christian programming they want, when they want.

According to recent surveys, up to 62% of young people in the Middle East and North Africa primarily watch videos on smartphones. Nine out of 10 use at least one social media platform every day—most often from their phones. More than half already subscribe to a video-on-demand service. These new viewing habits have created an engaging way to provide Christian programming directly to viewers through their mobile devices. This adaptable technology is bringing people to faith in Christ and strengthening Christians in their faith.

“
I would like to tell you, if it wasn’t for your blessed channel, I wouldn’t have known Jesus in this way. I used to worship a wrong god whose image was distorted. Now I know Him. I can taste and understand Him, thanks to my Lord Jesus Christ."
— Egypt 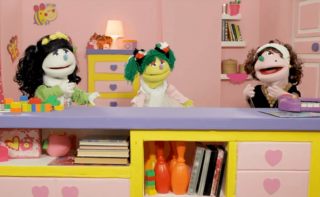 Bible-Based Programming, Making God’s Love Visible On Social Media, SAT-7 Plus
A Summer of Encouragement on SAT-7 KIDS »
“My children are blessed beyond words watching your channel. It’s more precious than gold. Your... Personal Follow Up, SAT-7 Plus
“NO MATTER WHAT HAPPENS, I WILL CONTINUE TO WATCH” »
Testimonies recently received by SAT-7’s Turkish-language channel show how deeply its message of...

Our Bible teaching, talk, worship, kids, comedy, dramas, and other shows address the cultural context and needs of viewers.

Social media is helping us do what satellite TV did when SAT-7 was launched – making God’s love visible to more people.

Our team answers questions and provides prayer and resources to help viewers learn about Jesus and grow in their faith.